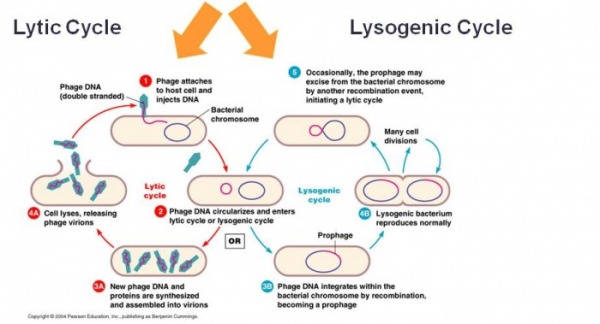 Lysogenic cycle
This happen after the attachment and penetration stage. The virus remain into the cell without replicating and destroying the host DNA. It is known as latent. At any time, the virus may start the lytic cycle ,depending of on different factors.
Some example ;
- Chicken pox/shingles
- Herpes simplex ( cold sore )
- HPV (genital warts)